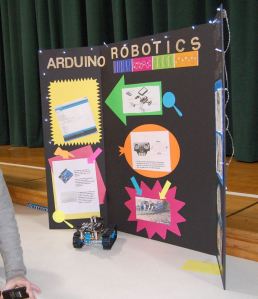 Five years ago today I was preparing my son, a 5th grader, for his last science fair and my daughter, a 2nd grader, for her first. Both were excited as my son’s project was about robotics using Arduino and he even made a little robot demonstration.

My daughter was excited because she had recently discovered dinosaurs and how awesome they were. She also had a little demonstration of digging a “fossil” out of a piece of plaster. The whole family made an appearance at the school to ooh an aah over the displays.

The biggest part of the day, however, had happened that morning. I got the call from my sister that my mother had died.

I was lucky in one sense in that my children didn’t really know my mother and so didn’t have an impact on them. My mother and I recently reconciled after many years of not speaking to one another. There were reasons, there are always reasons, but suffice it to say, she was just a name that was spoken now and again.

My children beamed with their excitement of the science fair as if everything in the world was as it should have been. I, on the other hand, struggled to keep a cheerful composure through the whole thing. I didn’t want to give a dark tone to an otherwise happy day for so many others.

Suffice it to say that I had a complicated relationship with my mother for as long as I can remember. I know many of my insecurities arise from her. She also made questionable choices as a mother, choices that are more clear to me now than they had ever been.

Even so, there was no relief when she died. Just confusion and a sense of unresolved issues. The past 4 years I have marked the day, then moved on as there is nothing to do for it now. This year is hitting me especially hard. Like any emotional upset, I have become introspective to figure out why.

Last year I graduated with my MFA in English Creative Writing. I wrote my first novel (now in a drawer) and working on my second. Of all my family and friends – with a few exceptions – none bothered to acknowledge the work of the past 4 years and the accomplishment of the degree.

That isn’t to say I need someone to always recognize what I have done. I actually tend to loathe too much attention. I makes me feel icky. But it would have been nice for someone to at least say, “Good job.”

As I speak about this day to a select few people, I am reminded that my mother was also an abused woman and mentally ill. I am reminded she grew up in a time where [she felt] her only options were to get married and produce children. I am reminded that when she was abused by her husbands, she was told she just had to deal with it.

This makes me also realize that maybe I don’t know who my mother was. I have no idea of her hopes and dreams. I wonder what kind of life she would have chosen for herself if she actually had a multitude of options.

Did she write poetry? Short stories? Did she also dream of being a writer? Or maybe an explorer? I have no idea what she would have wanted out of life had she been able to actually choose.

What I do know is that she devoured romance books by the dozens. I know she loved Star Trek and Dr. Who. I know that, when not around my step-dad, she was funny and witty and we enjoyed having her around.

Like all of my spur of the moment, non-fiction posts, I am not sure how to end this post. I write fiction, I am not a journalist and I have gotten to the end of my thoughts on the matter.

I do wish, though, that I could speak with her one more time and ask her about her hopes and dreams for herself. Then, maybe, I could have some peace. 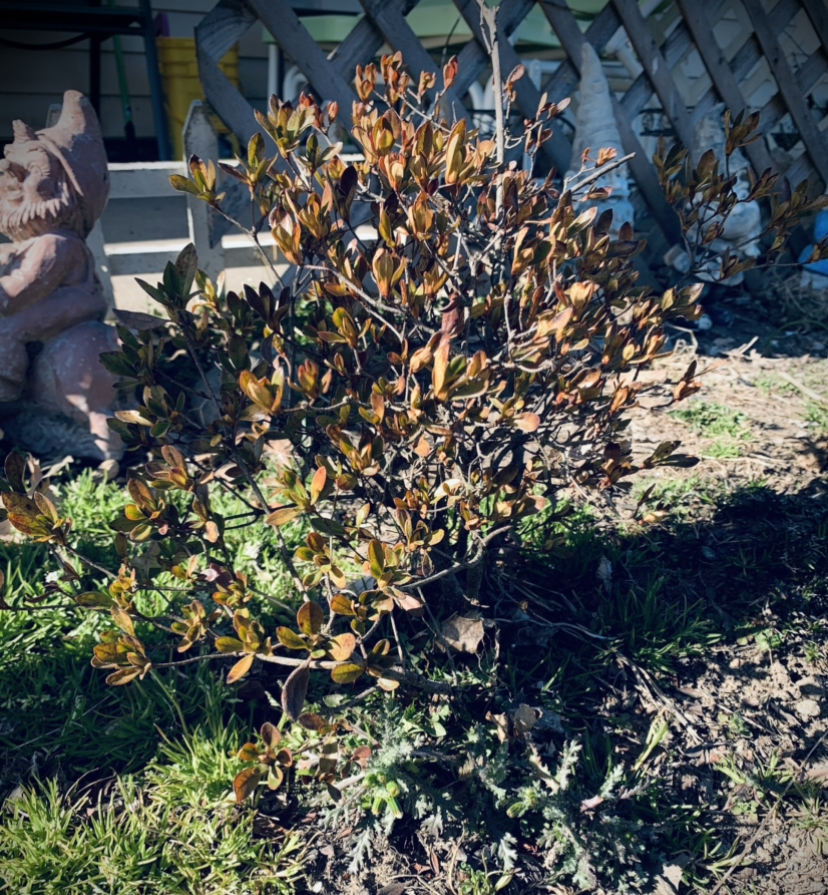 When most people think of azaleas, they think of large, usually red, flowering bushes. This is not the case for mine. It is a little thing, even after being here for almost 9 years.

It isn’t actually *my* azalea, it is my mother-in-law’s. When we bought this house, we invited them to move in with us for reasons. She asked if she could bring the two azalea bushes from their old house to plant here. I didn’t see a reason why not, they were beautiful at their old house. So, my husband dug them up  and planted them here in our new flower beds.

Not long after, one of the bushes died. The root system was damaged when they dug it up to the point it couldn’t be saved. This one wasn’t faring much better. It was important to me to save it since these azaleas belonged to my mother-in-law’s mother. She had dug them up from her mother’s yard when she had passed and planted them in her own yard. This would be their third home.

Determined to save this one, I researched and made a plan. I ended up cutting it so far back that only two little sticks – branches less than 12in tall that had green leaves – were left. We bought special azalea food for it and I religiously pruned and weeded it for years trying to encourage new growth.

Two years ago, it began to bloom once again. It started to fill out and now it looks like it is just a new bush, not one that should be decades old. This year I realized that it is saved, it is thriving and growing. It will be here long after my mother-in-law has passed and I will be able to tell the story to my children and maybe even my grandchildren of where it came from and how it survived with a little love and care.

It isn’t much to look at now as spring is just starting. In a few months the leaves with be a jewel green and ruby flowers will open up their faces to the sun. I have no doubt that in another 9 years it will be closer to its former glory and be a show piece of my flower garden.

I am sure there is a metaphor here, somewhere. Maybe a better writer than me could tell how just a little time, attention, patience, and kindness can help a struggling thing thrive and grow.

But, there is only me and so I can only  tell how I am looking forward to the flowers.

I have this blind spot…

I have this blind spot. It has to do with my writing. It seems I can help others with their writing more than I can help myself with mine. I see perfect images of my potential stories, yet when everything is written, there are gaps. The words are always on the periphery.

Like a dream you remember having, but can’t remember anything else about.

This blind spot taunts me, reminds me of pieces unfinished, of worlds begging to be created yet left on an empty page with ink trapped in a pen. I struggle to see them. The problems, the images, not realized. I turn in circles making myself dizzy to see – to illuminate the ideas. Yet, the spot is adept at staying just over my left shoulder; always hidden. Perpetually out of sight.

I chase it down dark hallways and alleys trying to run through to see what is on the other side. I only find mist and regret.

And I stay blind.

Buy Me a Coffee